Editor’s Letter: Who Is the Metaverse Really for? 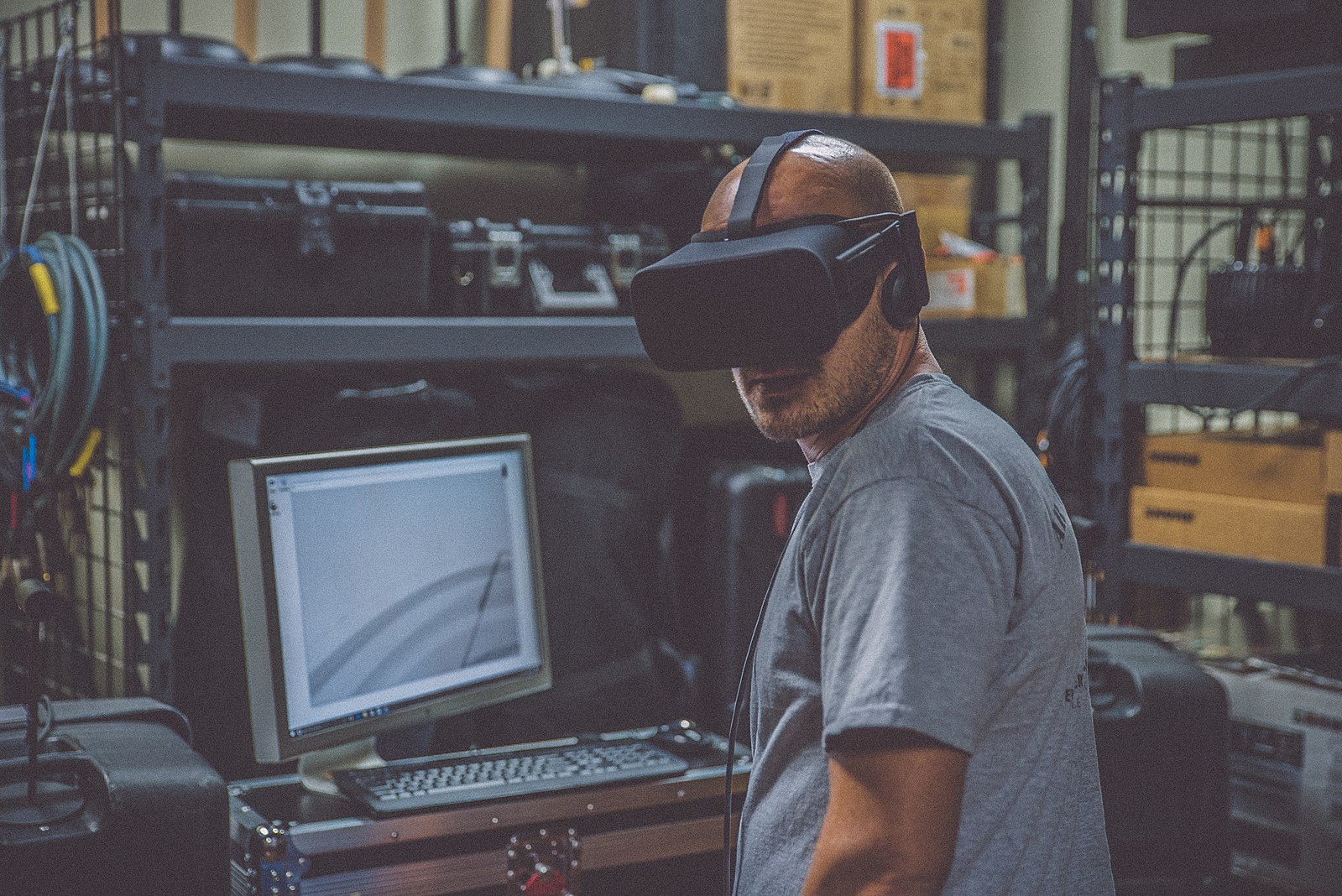 share
In this week's Unfinished newsletter: Understanding who metaverse products like virtual reality spaces are engineered for, and who gets left out.

This article is adapted from the weekly Unfinished newsletter. Sign up here to read stories like this before anyone else.

Hello and welcome back to the weekly newsletter from Unfinished, exploring key issues at the intersection of tech, ethics, and society. I’m Damon Beres.

This week, some thoughts on who stands to benefit from the next generation of the internet — and who gets left out if technologists don’t change course.

What we’re thinking about

Who belongs on the new web?

Earlier this week, I talked to Sydette Harry, a digital archivist and mass communications expert at Mozilla Rally, about the development of the so-called “metaverse” — a shorthand for virtual and augmented reality platforms being developed by companies like Meta (formerly Facebook).

I’d been inspired by a conversation Harry had at Unfinished Live with the great podcaster Bridget Todd, host of There Are No Girls On the Internet. And I kept thinking about a story Harry wrote for Wired earlier this year about the persistent failure of technologists and journalists to value the perspectives of Black women. Watching Meta’s keynote video and Microsoft’s own pitch for the metaverse, I couldn’t shake the feeling that these new products are misaligned with what many people actually need in their online lives today: more privacy, better safeguards, and accessibility.

As I see it, the next generation of the web as articulated by those tech giants suggests your physical life should be transposed to digital space. Instead of Zoom, you can strap on a headset and conduct a meeting in a shared virtual-reality space. If your apartment sucks, you can cultivate a nice living space in Meta’s Horizon Worlds. Both may be useful or enjoyable upgrades for lots of people. But take it a beat further — take into consideration the horrible things that happen to people, and especially women, online and in physical spaces — and it’s clear these nifty upgrades won’t do much when the stakes are high, and they often are.

I asked Harry for her thoughts about how the metaverse has been marketed so far.

“The metaverse, for all the fanfare, has conceptually collapsed the world for most rather than expanded into new universes,” she said. “That problem of limitless resources with limited vision has been one of the central problems of Web 1, Web 2, and now Web 3. After social uprising, pandemics, climate change, the interconnectedness of the world is definitely overwhelming, and I can see why a perfectly ordered and controlled ‘metaverse’ based in decentralization and blockchains that’s orderly and more grokkable … is easy (and lucrative).”

This vision of the metaverse won’t serve all people, Harry said. She cited for example how virtual reality products are inaccessible to people with vision impairments and print disabilities — people who aren’t even adequately served by the current internet.

“Rather than leaning on VR glasses, leaving out the visually impaired, how could we look at sharing visual information across abilities? How do we help create good worlds to be in?” she said. “Little of what I see on the tech side reflects that thought process.”

I like to think perspectives like this are a starting point for building a better web — and hope the architects of our future consider them well as they power ahead toward tomorrow.

Watch this:  A New Media Ecosystem Within Digital Publishing

In a shift that shows no signs of slowing, some reporters are choosing to go independent. A handful of impressive entrees embracing new models had a conversation at Unfinished Live.

“Journalism has value and people are willing to pay for it, and I can’t think of a more heartening lesson to take into whatever comes next,” Casey Newton said during the event. Newton left the Verge last year to run his own shop, Platformer, an independent subscription product that he runs on Substack. 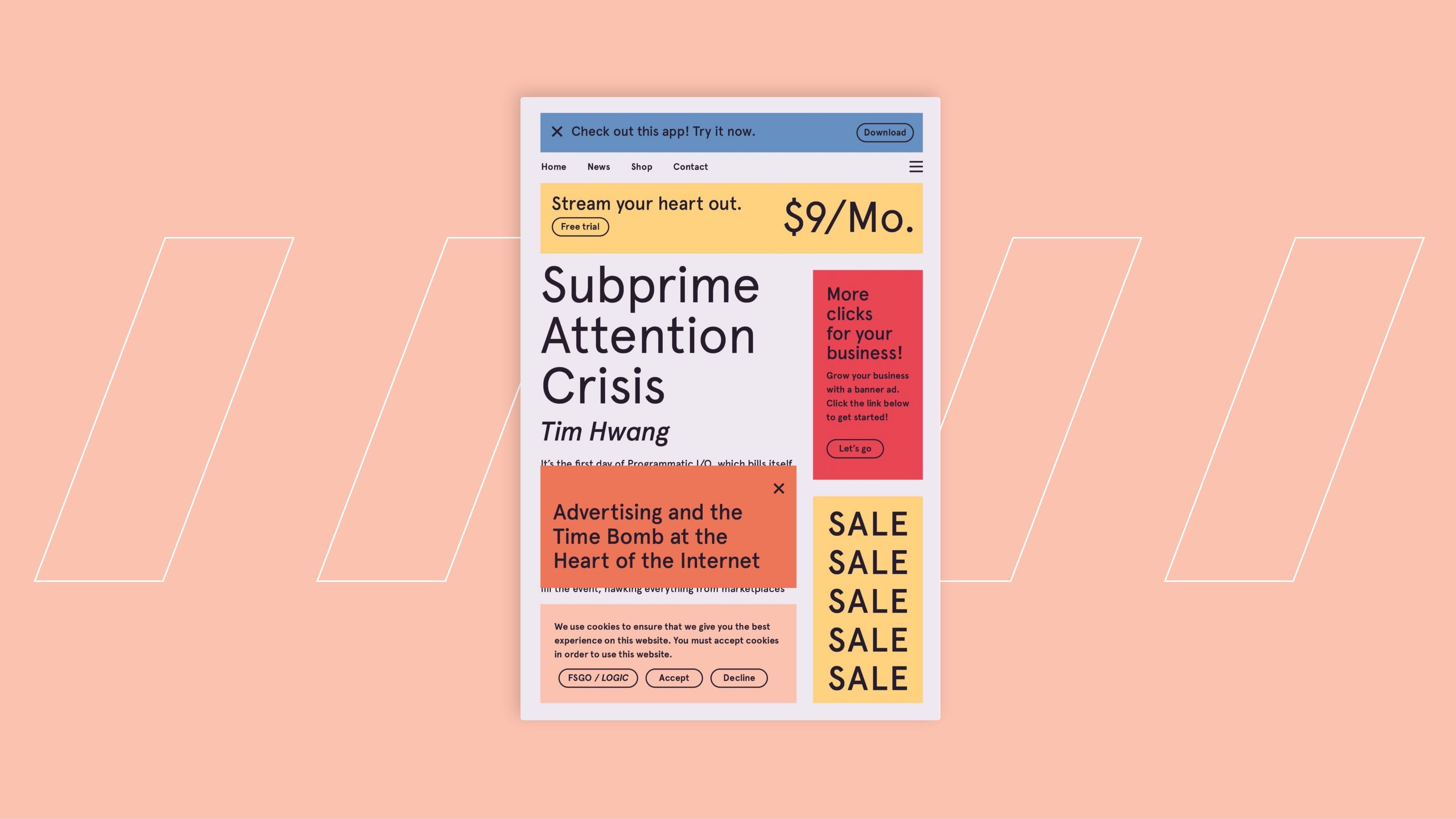 ???? The unfinished work of the week

This week’s featured work is a little different than usual, because it’s tied to a special event — and you’re invited.

Unfinished is partnering with the Digital Public Library of America for a live, virtual book club. Author Tim Hwang will join us for an engaging conversation about his book Subprime Attention Crisis: Advertising and the Time Bomb at the Heart of the Internet, which investigates the Wild West that is the online ad industry. Hwang calls it the “beating heart of the internet”—one that’s liable to fail at any moment thanks to a fundamental instability that calls to mind the housing bubble of 2008.

All are welcome to join via Zoom on December 9 at 11am EST / 10am CST / 8am PST. Please consider getting your copy of Subprime Attention Crisis from a local library or bookseller. Register here.

Each week until December 9, I’ll share a quote from the book and a related conversation starter. If you have thoughts or questions for Hwang, feel free to send them my way — or join us next month to ask him live.

“Because advertising is responsible for such a colossal portion of the money that drives the internet, it is impossible to think about the future of the web without thinking about the future of advertising. Shifts in how attention is bought and sold will have major consequences not only for our everyday experience of the web but also for how the internet affects broad questions of expression, identity, and democracy.” (p. 15)

What might the growing popularity of NFTs and “metaverse” technologies mean in terms of how attention is bought and sold on the internet? If we accept as a given that money is a major driving force for the development of any technology, can we imagine healthier ecosystems that don’t rely on the conventions of surveillance capitalism?

Thank you for reading!

Have a great, restful weekend.